Thirlestane Castle and the Man Who Ruled Scotland

Take an exclusive guided tour around the beautiful castle to marvel at the state rooms and family collections before a lecture on the Duke of Lauderdale, Secretary of State to Scotland.

John Maitland, 2nd Earl of Lauderdale, was one of the most important and controversial Scottish figures of the late 17th century. As a leading royalist, he was a confidant of King Charles II and spent nine years in the Tower of London under sentence of death. After the Restoration, he was appointed Secretary of State for Scotland. As such, he was virtually the uncrowned King of Scotland, and wielded unrivalled power and influence.

On his second marriage to the Countess of Dysart, he was created Duke of Lauderdale and began transforming Thirlestane Castle into a fitting palace from which to direct the affairs of Scotland. He employed Sir William Bruce to undertake the remodelling of the Castle. Bringing Renaissance influences to the Scottish Baronial style, he introduced the two front towers and the grand staircase and oversaw the transformation of the interior, the most remarkable feature of which is the rich plasterwork of the State Rooms.

Learn more about the Duke's important place in the history of Scotland while enjoying a glass of wine as his impressive portrait towers over you.

Entry: £12 including a glass of wine.

Places must be booked in advance by calling 01578 722430 or emailing enquiries@thirlestanecastle.co.uk. 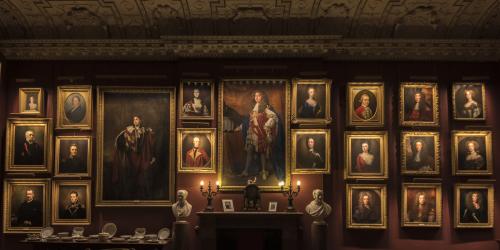