A new exhibition on show at the Central Library in Edinburgh celebrates Scotland’s brewing heritage. With the title “Raise Your Glass!” the event has been mounted by a not-for-profit community interest company Brewing Heritage Scotland.

Support from the Heritage Lottery Fund has secured funding to celebrate and raise awareness of Scotland's rich brewing heritage. The exhibition in the library at George IV Bridge runs for four weeks from Thursday 1 October. It can be viewed free of charge during normal Central Library opening hours.

This exhibition is planned as the first event to help tell the untold story of Scotland’s great and historically world-renowned brewing industry. The exhibition helps to promote interest in brewing industry records housed by the University of Glasgow Archive Services. The exhibition includes confirmation of the significance of brewing in 18th century controversy over the Treaty of Union of 1707 that united Scotland and England under one parliament in London. A petition signed by brewers in Edinburgh in 1725 is one of the topics, from a time when there were riots in Scotland over the price of beer.

There are proposals for a second and bigger exhibition next year at another City of Edinburgh Council venue, the Museum of Edinburgh on the Canongate in the heart of an area of Scotland’s Capital where historic breweries once flourished.

About the Heritage Lottery Fund From the archaeology under our feet to the historic parks and buildings we love, from precious memories and collections to rare wildlife, we use National Lottery players' money to help people across the UK explore, enjoy and protect the heritage they care about. www.hlf.org.uk 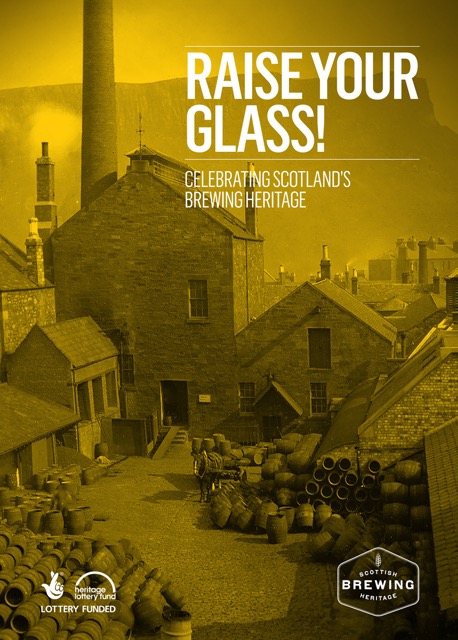