This talk by Professor Gordon Noble will focus on the Picts – first mentioned in the later 3rd century AD by late Roman writers, the Picts went on to become the dominant polity in northern Britain till the 9th century AD.

At the height of Pictish cultural expansion, Pictish influence was felt across a remarkably large area that stretched from the Firth of Forth in the south to Orkney and Shetland in the north and from the east coast to the northern Hebrides in western Scotland.

The talk will draw directly on the results of the University of Aberdeen Northern Picts and Leverhulme funded Comparative Kingship projects that have identified a whole series of hitherto unknown Pictish power centres and shed new light on long discussed, but poorly understood sites, helping reveal the pathways to power that Pictish rulers followed to create the powerful polities that dominated this region for over 600 years.

Professor Gordon Noble has undertaken landscape research and directed field projects across Scotland. He has worked on a wide range of landscapes and archaeology projects from the Mesolithic to Medieval periods.

The talk will also be recorded and attendees will receive a link to the recording afterwards, which will be valid for 7 days.

Professor Noble is donating his speaker fee and ticket royalties from this event to the Tarbat Discovery Centre. Find out more about their work at: www.tarbat-discovery.co.uk 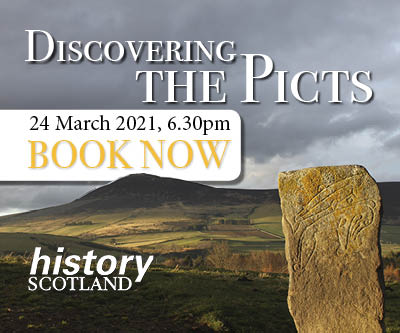