Crime and Sexual Violence in the Inter-war Years

In the immediate aftermath of the Great War, British elites feared de-mobilizing soldiers – brutalized on the battlefield – might turn to violent crime. In particular, they worried that women and children might be at risk of violence. British Newspapers regularly reported sexual attacks on women, invoking images of rapacious soldiers returning to wreak havoc at home. However, the statistics do not support this contemporary fear. Instead they reveal a more worrying type of crime: sexual assault against female minors.

In this talk, Louise presents findings from her extensive research of sexual criminal cases tried at the High Court of Justiciary between 1918 and 1930. Louise will describe the circumstances of the crimes committed, the social status of the perpetrators and victims, and contemporary attitudes towards them. Most importantly, she will explore the loci of sexual crime and the victims’ ages.

Her findings show that sexual attacks were not a response to the immediate stresses of war - nor were most of them committed against adult women.

To book, please visit: https://www.nrscotland.gov.uk/research/visit-us/events-talks-and-visits. Attendees can also turn up on the day and any remaining spaces will be allocated on a first-come, first-served basis. 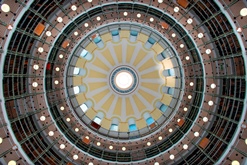