The Enchantment of the Trossachs 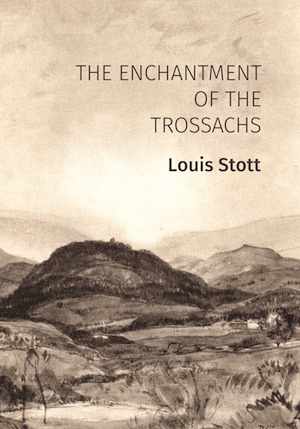 The Enchantment of the Trossachs, which first appeared in 1992, is one of a very small number of contemporary publications that explore the unique legacy left behind by Aberfoyle’s 17th century minister, Rev Robert Kirk. This is contextualised within the wider landscape of 17th and 18th century religion and superstition, as well as subsequent re-discovery of Kirk’s story. Stott’s book is a valuable contribution to knowledge and understanding of our local area and the exceptional heritage on our doorstep.

Stott has recently produced a revised and updated 2nd edition of The Enchantment of the Trossachs including enhanced illustrations and up-to-date layout, which will be published in the spring of 2018. Doing so will address the dearth of locally available, well-researched information about an important and distinctive aspect of Aberfoyle’s heritage. It will be relevant to a readership in the Loch Lomond and Trossachs National Park and beyond.

Louis Stott is an award-winning historian and author based in Aberfoyle. His writing career spans four decades during which he has written extensively on literary history and heritage, particularly in the context of Loch Lomond and the Trossachs. His authorship includes numerous works on history and literature, including Smollett’s Scotland, two volumes on Robert Louis Stevenson, Literary Loch Lomond and The Waterfalls of Scotland. More recently Stott has authored ‘Scottish History in Verse’ published in 2013.

Established in 1999 to serve the local communities in Strathard, the group offers an annual Winter Programme of topics of interest. It also encourages research on local history by its members. The Enchantment of the Trossachs will be its first publication.